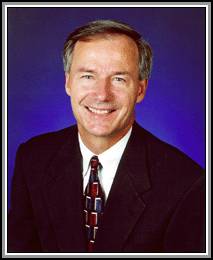 “I am certain that Rick Crawford is the person to represent the first congressional district of Arkansas in the House,” said Hutchinson. “Rick is going to be a common sense legislator who understands the farm economy and values of Eastern Arkansas.  I know Rick will work hard to control federal spending, reduce our national debt and promote job growth that will benefit Eastern Arkansas” said Hutchinson.  “I am honored to wholeheartedly endorse Rick because he knows what it takes to put our country on the right track for our children’s future.”

Appointed by President Ronald Reagan in western Arkansas as a U.S. attorney, Hutchinson went on to serve three terms in the House of Representatives before becoming head of the Drug Enforcement Administration (DEA) in 2001.  Following the terrorist attacks of September 11, 2001, Hutchinson was tapped to be the head of the Border and Transportation Security Directorate, the largest branch of the Department of Homeland Security.

“I am deeply honored to have the endorsement of Asa Hutchinson,” said Crawford.  “Asa has been a leader in Arkansas during his time as a Congressman and has helped protect our nation as he led both the DEA and DHS.  Asa has been a trusted conservative voice and has fought for Arkansans as he worked to cut taxes, reduce the size of our federal government, and preserve the integrity of our free market economy.”

“This is an unprecedented time in both the state of Arkansas and our country as a whole. Voters are fed up with the elitist decisions being made in the House of Representatives by Nancy Pelosi and the Democrats that have put her into power. Rick represents a core principle by which our nation was founded – that of checks and balances in our government,” discussed Hutchinson.  “Rick has fought for our freedoms while serving in our nation’s military and now will fight for our nation while serving in Congress,” said Hutchinson.

This is the third endorsement this year of an elected official in Arkansas for the Crawford for Congress campaign that includes Governor Mike Huckabee, former Congressman Ed Bethune, and Congressman Asa Hutchinson.