While the House will amend the Senate bill once it has been “deemed” to pass, which would require additional Senate action on the bill, if either effort fails, the President will still be able to sign the Senate bill.  In order for a bill to become law, it must pass each chamber in identical form.  Once the House “deems” the Senate bill as passed, it can be sent to President Obama for his signature.

“President Obama, Speaker Pelosi and Majority Leader Reid have really pulled a quick one over on the American people,” said Crawford.  “The media has yet to pick up on the fact that Pelosi’s move to deem the Senate bill as passed will mean that the Senate bill, in its current form, can immediately become law.  I call upon all candidates in the First Congressional District to condemn this move immediately and demand that Congressman Berry offer a privileged resolution calling on the House to take an “up or down” vote on the Senate bill instead of deeming it as passed without a vote.”

“Republicans and Democrats alike throughout Eastern Arkansas are appalled when I tell them about the games these folks are playing,” continued Crawford.  “Every man, woman and child in American currently owes $184,000 each to cover all of the unfunded promises our government has made.  Now is not the time to add a new massive government entitlement program.” 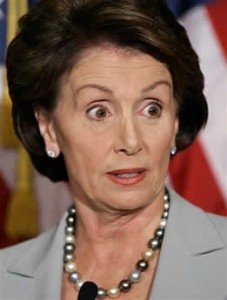