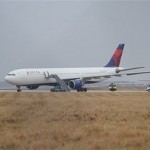 Christmas Day of this year will go down as a day that defined this Administration’s position on national security and the war on terror.  Christmas Day will also be noted as the day that American’s realized that no matter who is in the White House, Al Qaeda and its surrogates are determined to kill Americans and to destroy all that we stand for.  All of this shows an inconvenient truth for Barack Obama — you can not be weak in the face of those who want to destroy America.

We have all witnessed the President’s apology tour earlier this year. The President demonstrated that he believed by simply being apologetic and not being George W. Bush he would win us friends and allies in the Islamic world.  It’s that naïve approach and complete disregard for what history has taught us that has put our national security in a position to where there is no security at all.

In an op-ed piece in USA Today, Janet Napolitano states, “The administration is determined to find and fix the vulnerabilities in our systems that allowed this breach to happen.”  I find this incredibly appalling.  The Department of Homeland Security was established “to secure the nation from the many threats we face.”  And with this comment, it would appear that since this incident has taken place, suddenly Homeland Security will begin to look for where the lapse occurred.  This is a reactive approach to securing our nation rather than a proactive approach.

Al Qaeda wants to see our nation fall.  They want to see our way of life — our governing model, our economy, and our religious freedoms — eliminated.  Our President seems to be naïve or conveniently, to him, oblivious to what history has taught us about this vicious enemy.  And even in the last few months, there have been other steps our President has taken that have further eroded our national security.  These are very worrisome to me and should be to every person in this country.

During his campaign, candidate Obama promised the closure of Guantanimo Bay.  Gitmo serves a very important role in how we detain those who play a critical role in their attempts to attack our nation and our nation’s interests.  While there have been numerous attempts this year to treat these enemy combatants the same way we do American citizens – the reading of their Miranda rights once captured – this leaves me stunned and amazed at how national security for many in this administration has become what appears as an afterthought.  Our enemies want to kill Americans and destroy our way of life.  The President’s decision to close Gitmo will not change that view no matter how much he tries to sell it as such or appease those who hate us.  The closing of Gitmo will not change the enemy’s resolve.

If these terrorists are allowed to be imprisoned in American jails and detention facilities, it would be naïve to think they would not convert other prisoners to the same extreme views.  Do we need another attack like the one in Little Rock where Abdul Hakim Mujahid Muhammad, a prison convert to extremist Islamic beliefs, murdered Private William Long to realize how they can do even more damage?

Just last week President Obama signed an executive order giving Interpol all the same immunities of foreign powers.  What does this mean?  Since Interpol is governed by the United Nations, they can now investigate our law enforcement agencies (FBI, CIA, Federal, State, and local law enforcement agencies) and subject our actions and efforts to the International Criminal Court system and other international efforts that would limit our abilities to secure and defend our nation.  Interpol will now not be subject to FOIA requests and its actions will now be concealed.  They will be able to investigate all that we do and we will never know about it.  Who does the ICC investigate?  Those who prosecute, investigate, and otherwise protect us from the likes of Osama Bin Laden, Al Qaeda, and other terrorist organizations.  American sovereignty just took a backseat to the United Nations and eventually the International Criminal Court.  And for what?  So the United States will look better in the world?  The only conclusion that can be drawn is that our President does not regard our sovereignty as an important issue to uphold and protect.

As your next Congressman from the First District, I will do everything I can to ensure the security of every American citizen.  I will work diligently to ensure that we operate by the Constitution as well as all legal parameters that will protect us as much as possible from those who want to kill us and ruin our nation.  I will also work to ensure that this nation answers to no international court, agency, or government.  America answers to no one other than its people and the system of governance that we have in place.  That is my pledge to you as your next Congressman.