As we head towards the end of 2009 and look towards 2010, there is a perfect storm brewing in regards to our nation’s economy that should cause us all to have great pause.  As we have seen so far this year, our national debt has ballooned at a quicker pace than we have seen in decades.  What has happened as well is the Federal Reserve has kept interest rates at or near zero percent for much of this duration. 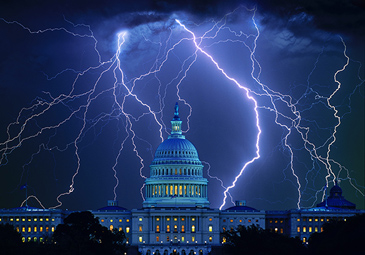 These interest rates will remain low only for a short time.  Necessity will demand they go higher. Foreign countries, namely China, have continued to purchase our debt but the interest they are earning on that debt has been minimal and they will more than likely look to increase that very soon.  And when China and other countries want that to happen, we will have to oblige their request because if we don’t, we will have even greater economic problems to deal with.

That is where the perfect storm comes in to play.  Not only will we have to increase the interest payments to those who hold our debt, but we will have to start to raise our interest rates here at home.  As reported in the New York Times today, the storm looks to be very menacing:

“With the national debt now topping $12 trillion, the White House estimates that the government’s tab for servicing the debt will exceed $700 billion a year in 2019, up from $202 billion this year, even if annual budget deficits shrink drastically. Other forecasters say the figure could be much higher.

In concrete terms, an additional $500 billion a year in interest expense would total more than the combined federal budgets this year for education, energy, homeland security and the wars in Iraq and Afghanistan.”

When you put in perspective — our interest payments in proportion to our overall federal budget — it is troubling what is looming on the horizon for our country.

If the Federal Reserve does not act precisely in tandem with the White House and Congress to address these upcoming issues, we could be in for a prolonged period of economic distress that shows no signs of turning around.  But there are solutions we can deploy that would not cost taxpayers and would restore our economy at a much more advanced pace while also curing many other ills.

Where our Congress has failed miserably over the last three years has been in its desire to create more programs that spend money we do not have.  So to counteract that, we need to cut government spending and taxes for individuals and corporations so we can put more money back in the private sector.  The private sector needs more of its own money now than it has in the last twenty plus years.  The Obama-Pelosi-Berry agenda is to raise taxes in all areas of our country to pay for programs we do not need and that are not fiscally responsible. 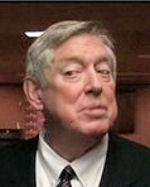 We also need to restore the dollar so we can keep its prominence in the world as the reserve currency.  When we have a strong dollar all nations prosper.  If we do not have a strong dollar, our nation suffers.  By employing fiscally responsible economic policy we can restore many segments of our economy and more people will be able to go back to work to good paying jobs.

There are common sense solutions that we can use and have ready for the perfect storm that is ahead.  If we chose not to have leaders in Washington who will draft legislation that will reinforce these principles, then what is coming will hurt us even worse than what is going on right now.  If we chose to send people to Washington who want to cut federal spending, who want to restore our economy through conservative fiscal policy and cutting taxes, I believe we can turn our economy around.

I want to be your next Representative of the First District and be your voice in Washington to see that these things come to fruition.  We need people in Washington who are not afraid to act and act decisively when it comes to our nation’s economic future.