Jonesboro – Today, the Rick Crawford for Congress released a web-ad entitled “Military” that highlights Crawford’s service to the United States and his appreciation of our constitutional freedoms.

Veterans and military families have become an issue in the campaign after Democrat Chad Causey decided to insult military families for being stationed away from home. National and local veterans groups have rallied behind Crawford and condemned Causey for his disrespect.

Crawford Campaign Manager Jonah Shumate stated, “Rick is incredibly proud of his service to this country and respects those who are serving overseas now immensely. This ad highlights his service and his desire to keep fighting for our families, small businesses and values. His kind of leadership in DC will be a breath of fresh air. It’s imperative that Arkansas next Congressman have the backbone to stand up to Nancy Pelosi and Barack Obama. Rick is the only candidate in this race that will do that.”

Crawford’s father was a career Air Force officer and Rick served in the US Army as a bomb disposal officer before attending Arkansas State and building AgWatch into a successful small business serving farmers throughout Arkansas.

The ad can be viewed at: http://www.youtube.com/watch?v=LbvsKKkdBsM

Jonesboro-Today in the wake of the revelation that Chad Causey and his campaign insulted veterans and military families, national defense groups are resoundingly chastising Causey for his show of disrespect to those who serve in the armed forces.  Causey’s insinuation that those in military families are 2nd class citizens is a sad statement from anyone, but especially from a congressional candidate.

“Rick Crawford grew up in a military family where his father served in the United States Air Force.  During that time, Rick had the opportunity to live all over the United States and overseas.  Rick graduated high school from Alvirne High School in Hudson, New Hampshire.  Due to his father’s service in the Air Force, his opponent is saying that Rick is not fit to serve as a congressman from Arkansas because he did not graduate from high school in Arkansas.  This is the kind of desperate and disrespectful attitude toward military service that Rick’s Arkansas challenger has shrunk to.  This is a slap in the face to any veteran’s son or daughter that was born or educated outside the state where they choose to run for congress in the future.   The fact their parent was a patriotic service member that deployed wherever the country sent them should not be a negative for any congressional candidate.  Rick’s opponent should be soundly defeated for this outrageous and disrespectful assault based on the consequences of military service.” 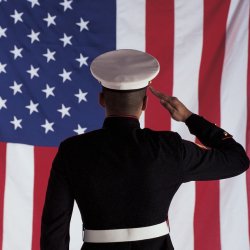