Jonesboro- With today’s release of new national unemployment numbers showing that the jobless rate went up and that the US lost jobs for the third straight month, Republican Congressional Candidate Rick Crawford again called for drastic changes in Washington.

Crawford Stated, “The Washington politicians may just see these unemployment numbers as stats on a sheet, but here in the First District I see everyday these folks and the hard time they are having because of the misguided leadership in Congress. While the Obama/Pelosi economic quagmire continues, families across Arkansas are losing their jobs, farms and businesses. The liberals in Washington are out of control and if there isn’t a serious change in direction at once even more people are going to be in real trouble. The next Congress must start on day one by extending the 01 and 03 small business tax cuts and aggressively cutting back Washington’s intrusion into our families’ lives.”

Today’s Jobless numbers came at the end of what many in the Obama administration had termed as the “summer recovery months”. August also became the 16th straight month where unemployment has remained above 9%.

Crawford Campaign Manager Jonah Shumate added “These numbers again prove that the Washington Chad Causey has been working in for the last 10 years is broken. Chad needs to explain to all the people in Arkansas why his first vote as a member of Congress would be for continuing the failed agenda of the Obama/Pelosi leadership team. It’s high time he started taking principled stands on these issues and stopped using slick Washington doublespeak to duck the issues.”

JONESBORO – First District Congressional candidate, United States Army veteran, and agri-business owner Rick Crawford announced his newest coalition – Democrats for Crawford.  Dewaine Malone, of Lake City, will be the chairman.  Malone, who is a lifetime Democrat, says the liberal agenda in Washington is out of control and out of touch.

“I have been a registered Democrat all my life and the people in Washington are too liberal and out of touch with the folks here in Arkansas,” said Malone.  “While I will continue to support Democrats locally, I believe we need someone in Washington that can stand up to Nancy Pelosi and Barack Obama’s agenda.”

“It is an honor to have Dewaine as the chairman for our Democrats for Crawford Coalition,” said Crawford.  “Like many lifelong Democrats in the First District, Dewaine understands that the liberal Pelosi agenda is driving our country further and further to the edge of the cliff.  I am looking forward to working with Dewaine and other conservative Democrats so I can go to Washington and be a check and balance against the Pelosi-Obama agenda.”

”We need someone in Washington that can stand up Nancy Pelosi and Barack Obama.  We need someone who will put the people of Arkansas first.  The only person in this race who can do that is Rick Crawford.  He has my full support,” concluded Malone. 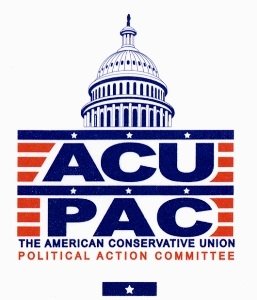 JONESBORO –   “I am looking forward to Richard joining our campaign,” said Crawford.  “I know that Richard and I both agree that the liberal agenda in Washington, being led by Nancy Pelosi and Barack Obama, must have a check and balance to ensure that the voices of Arkansans in the First District will be heard.  In the days and weeks ahead, I look forward to visiting with conservative Independents so they know where I stand on the critical issues facing our nation.  I look forward to earning their votes, as well as conservative Democrats, on November 2nd “concluded Crawford.

“I got to know Rick a year ago, and he’s exactly the sort of fresh voice we need in Congress,” Pawlenty said. “We need to stop the out-of-control spending Washington, and that’s exactly what Rick will do.”

In addition to direct support from the PAC, candidates endorsed by the Freedom First PAC benefit from a donation feature that allows supporters to contribute directly to endorsed candidates through TimPawlenty.com.

The news this week from the Congressional Budget Office (CBO) about Social Security is sobering.  For the first time in the program’s history, it will pay out more in benefits than it receives in contributions.  CBO had predicted this “tipping point” would not occur until 2017.

The news highlights Washington’s untruthfulness about what it has been doing with the surpluses all these years.  In a number of stories I read about the earlier-than-expected deficit, government officials were quoted as saying the program is in no immediate danger because there is a $2.5 trillion trust fund.  Really!?  A trust fund with actual money in it?

But, of course, we all know this is not true.  The truth is that the politicians we elected through the years spent every dime of the surplus money.  Consequently, not only is the $2.5 trillion not sitting in a “trust fund” somewhere in Washington, but these same politicians spent another $12.5 trillion MORE than they had in revenue.

Unfortunately it gets worse.  The sum of the U.S. government’s unfunded promises is $56.5 trillion…and growing by roughly $3 trillion each year.  That is $340 million an hour!

What impact will this have on our economy?  Will foreign governments at some point decide lending to the U.S. is risky? Is this sustainable?  How will it impact our children and grandchildren?

The answer to each of these questions is heartbreaking.  But while our political “leaders” have not been truthful, we must also accept responsibility.  If we do not engage in the debate, if we do not rise up to elect leaders who will force Washington to change its ways, if we do not act on the principle of “government by the people,” then we will in fact leave our children and grandchildren a country in complete financial ruin.

I think it is clear that we can no longer trust professional politicians to take the bold action that is needed.  All of the other candidates in the race for Arkansas’ First Congressional District have spent their lives in politics.  Please join me in bringing real change to our government.  Not more entitlement spending that we cannot afford, not more pandering about “I’m for YOU!” but someone who will vote to put our financial house back in order so that we do not leave a catastrophe for our loved ones.

My wife Stacy and I feel passionate about this and we just can’t imagine doing this to our children.  Please join us today in making a difference.  Join my facebook page, forward this article to others you think care about our future, and, if you are so inclined, consider a small financial contribution that will help me buy radio and TV time to communicate this message to a broader audience.

Rick Crawford today called Gabe Holmstrom’s PR stunt a blatant attempt to divert attention away from President Obama’s creation of a massive new entitlement program.  “Gabe is an incredibly clever political operative,” said Crawford.  “Changing the subject is something our politicians and their spinsters have been doing for far too long.  Instead of talking about the fact that every man, woman, and child in America each owes $184,000 as their share of the unfunded promises our politicians have made, Mr. Holmstrom wants to talk about the President’s birth certificate.”

“The sad fact is that Congressman Berry, who voted for and against this massive new entitlement program, wants to avoid addressing the long-term financial problem facing our country,” continued Crawford.  “While he talks about balancing the budget back home, he has enabled Speaker Pelosi and President Obama to push through a massive new entitlement program that will use taxpayer money to pay health insurance premiums for 32 million Americans.  We need elected officials who will stand up and say, ‘STOP!  Stop digging the hole deeper.’  We need an elected official who will stand up to say our government will not expand or create any new government programs until we restore fiscal soundness.  If we do not do this, our children and grandchildren will pay taxes that are double or triple what we pay today…and that is the best-case scenario.”

As I watched last night’s healthcare debate, and the final vote that will enact a new massive entitlement program, I couldn’t help but think about how we got here.Unfortunately, Republicans and Democrats alike have failed us in recent years. Ethical violations, special interest deal-making, and saying one thing while doing another has led to the lowest approval rating of Congress in the modern era.

The primary reason why Republicans were unable to prevent passage of this multi-trillion dollar entitlement program is because they had played the same games when they were in power. Simply put, when you are a two-faced hypocrite, people don’t care what you say.

Folks, we need leadership. We need people who will go to Washington swearing on their life that they will fight the budget and process gimmickry regardless which party seeks to employ it. Country first, party second…period.

Our nation is truly at a crossroad, and I am not sure many have an appreciation for the trouble in which our republic finds itself.  Yes we now have $12 trillion in debt that has been piled up by both political parties. Yes our deficit, the yearly shortfall that adds to our total debt, has been averaging more than $1.5 trillion.  But what our “leaders” rarely talk about is the $56.5 trillion we have in total unfunded promises.

Add it all up and it equates to $184,000 for every man, woman, and child in America. While anyone with common sense would know that we must stop digging the hole deeper, last night Congress used a nuclear bomb to blast the hole even deeper.  And guess who gets to pay for it?

As I pondered this question myself, I realized that what we are doing is quite disturbing. Each generation leaves an inheritance for the next – usually a house, some land, etc.  In our case, we are leaving a brand new, 20,000 square-foot multi-level mansion. In the basement, however, is a dirty bomb of unpaid bills that will obliterate our kids and grandkids not long after we have slipped into the by-and-by.  While some may draw comparisons to certain spine-less acts of war, it really boils down to the superlative form of Selfishness.

Our elected officials have abandoned the founding principles that made our country great. If we are to return to these principles, and avert devastation for our kids and grandkids, then we must not only vote the self-serving hypocrites out of office in November but replace them with men and women who will swear to restore fiscal discipline.